Its a little late to post this, but I’ve been slacking and I’ve posted other entries…

I saw this video 3 days ago as I was browsing on youtube for some videos to post on my blog. But as I’ve said I’ve been slacking and I almost forgot about it.

I’m actually continuing my Boys Before Flowers craze! I’m soo crazy about this show! ahahaha… Since I featured some of the boys,its time for Jan Di’s time to shine! ahahaha. 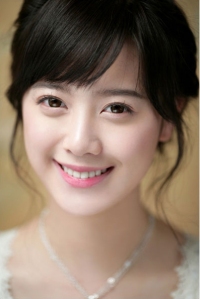 If you have been diligently following the drama, you would hear Jan Di (Goo Hye Sun) singing during Jun Pyo’s party. Yes she does sing. I think she was even features on one of the OSTs of a drama (sorry I forgot the drama but I’ll look it up later). The video that I am posting features her and Big Bang’s Seung Ri singing on Lee Hana’s Peppermint last March 6, 2009. Goo Hye Sun was rapping in this video..

** credits to CodeAnalysis for posting the video

oh and in case you’re wondering where is my post for lee min ho… don’t worry i’ll be posting him next! 😀