Earlier this year I felt pretty sad when I’ve read that my favorite Japanese boyband ARASHI 嵐 will be going on hiatus in 2020. I’ve been a fan for almost 12 years and I cannot believe that their era is coming to an end.

However for their 20th anniversary ARASHI 嵐 have decided to finally open a youtube channel. 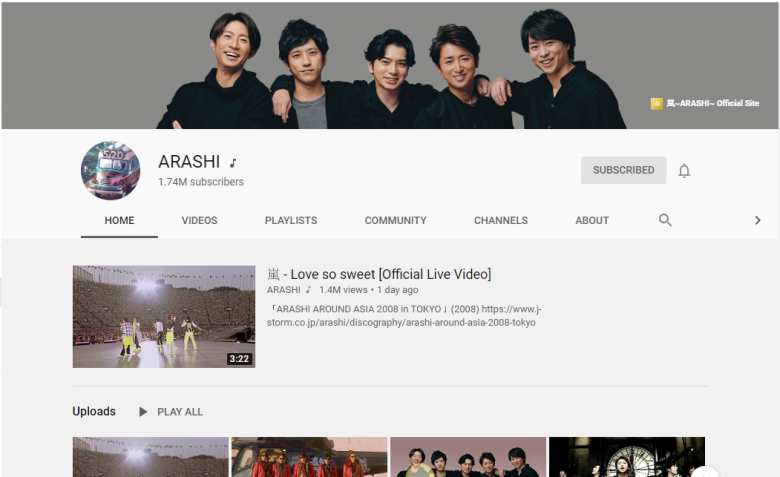 I remember it was very difficult looking for their music videos in the past. And if there were any unofficial videos on youtube, it would be removed immediately after some time. It was a challenge watching their videos.

Although they’ve open the channel 2 weeks ago, I still could not help but create this post!

As of posting this there’s not much video on their channel yet. There is however 5 music videos on the channel. I wish there would be more — I mean they did have like 56 singles (according to Wikipedia) which I image each of them has an equivalent music video. The only thing I m disappointed about the channel is that the music video for “Wish” has not been posted.

But we did get the video to their debut single A-RA-SHI.

And to all the Hana Yori Dango fans (like me) they’ve uploaded Love So  Sweet.

So as a request to Arashi’s youtube channel – please do upload more! So we don’t feel sad when Arashi takes a hiatus.