I’m getting a bit excited all the more and I’m becoming a bit diligent with releasing teasers for the 6th Super Junior album!

This time they released Donghae‘s picture. 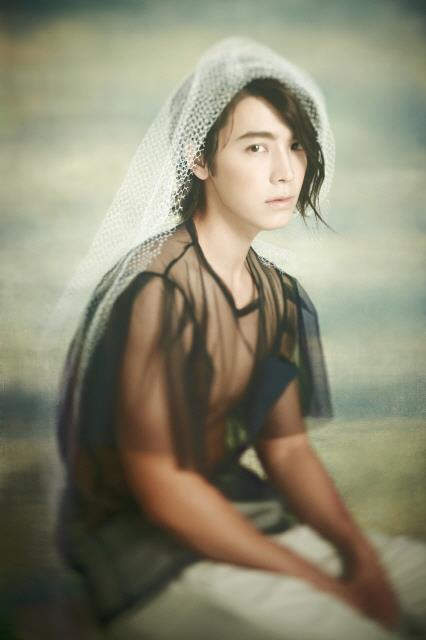 The article from the official SMTOWN ? Super Junior page says:

“Super Junior has been releasing each member’s teaser images through the official website, SMTOWN facebook and Super Junior facebook under the theme of a beautiful man.

In the teaser image released today, Donghae presents a dreamy atmosphere and it is enough to increase the curiosity and expectation for Super Junior’s new music. “

Hmmm… now I am really curious about this concept. He looks beautiful but too feminine! But I do like that Donghae’s soft features are highlighted in this picture. But I’ve never been a fan of men wearing see-through shirts, so his clothes kind of make me cringe!

I can’t wait for more photos to be released! Now where is Siwon‘s picture??

One more week till July!