Yes, it’s them minus Kevin singing Quit Playing Games.. and suddenly there was another hit of nostalgia.

Long before I got addicted to the Hallyu wave, there was my addiction to the Boy Band’s of the 90’s. And I’m sure a lot of girls my age can relate to me. If you grew up in the 90’s you were probably looking at their videos, singing their songs, buying their casettes (and for the the affluent ones, you could afford their cds) and collecting magazines with pin-ups of your favorite 90’s boy band! Yup this is where it started.

I suddenly feel like a kid again when I saw this video, and I thought.. why not write something about the boy bands! I think this is a fun post for me to do!!

They were the first boy band I really really liked. Well yes, they were kind of old already at that time as they have made their debut before *Nsync or the Backstreet Boys. But I loved them for their songs! Since hearing Stephen Gately (God bless his soul..) sing, I fell head over heels for this band. The band was made up of Stephen, Ronan, Mikey, Keith and Shane. The two favorite songs were Key to My Life and All That I Need.

Key to My Life was absolutely the best song ever! Well at least in My Opinion.. It’s not as popular as the other songs, but it’s one that I really really like it and I can sing the song by heart. Until today, I can still feel my heart skip a beat when I hear this song. All that I Need gave us the more mature Boyzone, with Ronan Keating’s vocals dominating it. I did like his husky voice back then, but I was more of a Stephen fan… though at that time I didn’t really catch on that he was gay! But oh well, I was 12 then, I couldn’t tell who was gay and who wasn’t!

Will they reunite? Maybe… but minus Stephen Gately (God Bless His Soul).. but now I want to hear more Ronan Keating! Whatever happened to him?

They started out being known ‘Nsync, but later on changed it to *Nsync. They were Justin, JC, Chris, Lance and Joey. And yes, that’s Justin Timberlake! We didn’t know Justin Beiber then.. but we knew who Justin Timberlake was. And frankly, the old Justin is more handsome and more talented (well no offense to the Mr. Beiber’s fan.. but I just don’t get Justin Beiber!)  Anyway, I have to say these lads (well the other one came out of the closet.. but he was lad then… or was he??) can sing!!! Have you ever listened to them sing in acapella. You would just melt! After Boyzone faded from the limelight, I took a liking for them. Though, they were not as popular in my country compared to BSB. And though I like all of their songs, these two songs reminded me of how they were in the 90s.

I remember they first came to the Philippines while they were promoting Tearing Up My Heart. Yes, they were not as popular as the Backstreet Boys that time, but when I heard this song, my interests shifted (though I still liked BSB, but when both were compared, I was on Team *Nsync). With Drive Myself Crazy.. this was when I realized they were the best! Especially when it came to the melody. I was a kid, but I thought, their voices fit well and they could blend and produce a harmony. And up to this time, I still listen to their songs! I still even have my tapes from long ago!

Will they reunite? Umm.. No, Well that was what Justin Timberlake said. I think there was a rift between the members or something. But I think it would be great if they did! I will definitely watch their concert!!!

And of course the list should have… the BACKSTREET BOYS 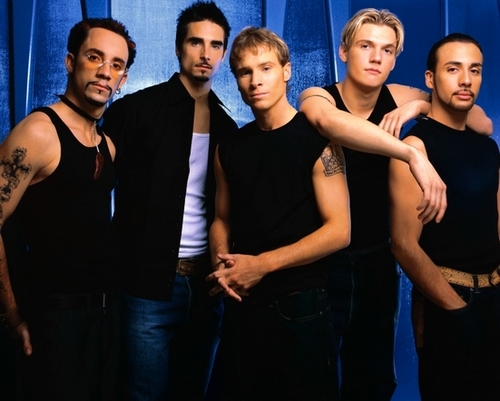 Boy Bands are never complete without them. I remember the mania they brought to the Philippines when they released Get Down. Then there was Anywhere for You and I’ll Never Break Your Heart.. and then Everybody and As Long As You Love Me and Quit Playing Games.. ok so this list will go on forever so I better stop. The Backstreet Boys were B-rock (Brian), Nick, Howie D, AJ and Kevin. Nick Carter was absolutely everyones dream guy back then (and he’s brother Aaron was the Justin Beiber of our time!). But I preferred Brian for his wonderful voice! I could sing a lot of their songs, and I don’t know why but until now I still memorize the lyrics. But my favorite would have to be As Long As You Love Me. (sorry, it’s very difficult to find good quality old MVs.. their VEVO is not working for me)

Sorry for the crappy video, but it’s the best I could find :(. BSB’s VEVO is not really available in my country (and a lot of countries!  — VEVO please change it! we want to see Backstreet Boys’ videos!!). And doesn’t the MV look familiar… like perhaps SS501’s Snow Prince. Ok so SS501 fans, don’t go hating BSB… BSB’s video was made in 1998/1999 so I think it’s the original one ~~ right! But whatever… this was the best video for they did.. well this and Everybody. And this is until now my favorite BSB song.

Will they reunite? They have reunited already (minus Kevin, but some news say he MIGHT rejoin the band). It’s because of their video (see top of this page) that I am writing this post!

Last but not the Least.. WESTLIFE

So among the 4, they were the last to have made their debut. But Westlife has a very strong fan base until now. When did I like them? When I heard their first album in 1999. Until today, and I am not kidding when I say this, I still know the contents of that album. And when you tell me the title I can sing a line or two from each song. Westlife was comprised of Kian, Shane, Nicky, Mark and Brian. And though most of you may like the song My Love, I like Fool Again and If I Let You Go the most.

I could sing both songs by heart and whenever I am in a karaoke place or Neoraebang, I still sing either of the song, though If I Let You Go would always be the favored one. I don’t know what it was about this band, but they reminded me very much of my Boyzone fandom! I think that was the reason why I took and immediate liking toward them. And I have never gotten bored of their songs! I was happy that they were one of the longest running bands..

Reunion? Umm they will be disbanding formally this year with a Farewell concert. Sigh, I always thought they would last! But 14 years is quite a long time for a band to stay together. Could Hallyu groups last this long? Well Shinhwa is a candidate for that! I really hope so!

I’ve written a lot haven’t I. Sorry… but it was so much fun to write this post! Reminiscing and feeling like a kid again…

Hmm I wonder where I placed all my BOP and BB magazines.. 🙂

So who was your favorite boy band back then??