I’ve been living in Thailand for about 6 months now. I love it here but my only problem is the language. So to learn the language I have to watch tons and tons of lakorns (that’s what they call their drama) and movies.

And so I found a movie that I like very much. Very much that I like it more than Crazy Little Thing Called Love. 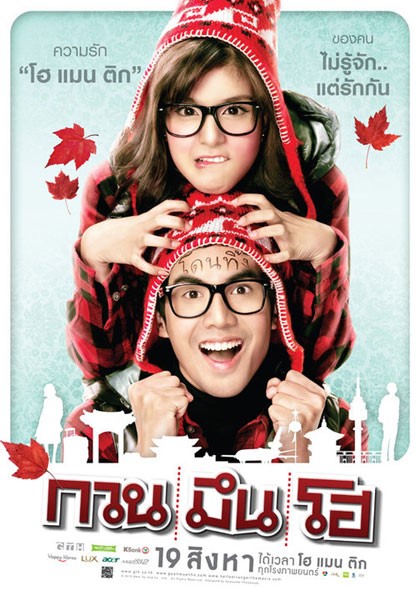 The story introduces us to a man who has just been dumped by his girlfriend. We see him left in a not so sober state by his friends in an airport. He is on his way to a trip to Korea he would have taken with his new ex-girlfriend. (His expression here is pricess!! and the writing on his forehead say “Dumped”)

And then we see our heroine, who has an overly meticulous OC boyfriend who tells her to do this and to do that. She is also on her way to Korea for her friend’s wedding. She was supposed to be with another friend — but she lied to her boyfriend dear — she’s taking the trip alone.

So both of them landed safe and sound in Korea. After an almost encounter with eating man’s best friend, our hero got so drunk and he couldn’t find his way back home — and he ended up passing out on the entrance of the place the girl was staying. Taking pity on him (as it was cold), she bought him inside the backpacker place. The next day, the girl helped the guy get back to the hotel. And there he found out that he had been left by his tour group! 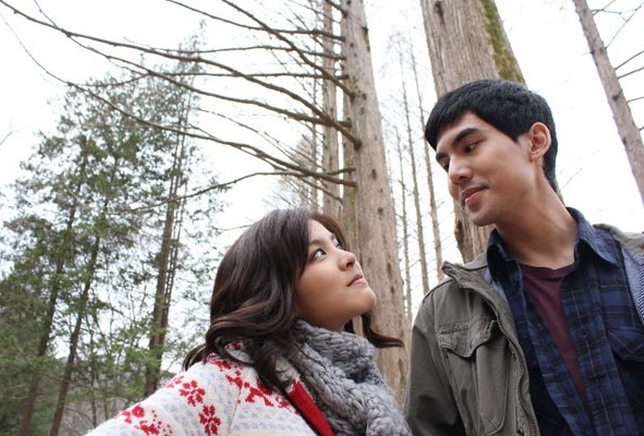 Having nowhere to go, the man had no choice but to follow our heroine around until she agrees to have him accompany her wherever she goes. And so begins their adventure. But all throughout they’ve never spoken about their names and they have agreed with each other not to tell their real names and use fake names. Amidst their time together, they have fallen for each other. But as fate would have it, they couldn’t be together. 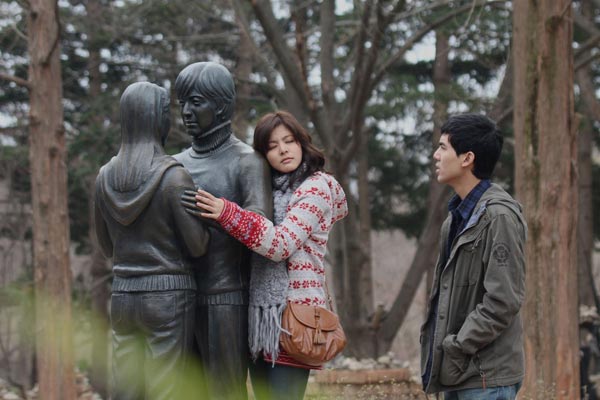 Several months (a year plus later), the man could not forget the girl. And though it’s crazy liking someone without even knowing their name, he really loved her. One night, he ended up calling the radio to tell his problem and at that same moment the girl was listening to that radio show and she realized, the man truly loved him.

Chantavit Dhanasevi or Thur, that’s his nickname, I’m not sure how to romanize it in English (to me he looks like Christian Bautista! kk) 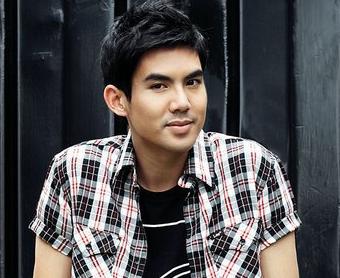 Nuengthida Sophon or Noona (I super love this girl! and she is a singer by the way…)

While Crazy Little Thing Called Love made me feel giddy and reminisce about my first love, this movie made me giddy about the love you find as an adult. It’s a fun rom com and it was easy to watch. I particularly like the way the movie was told and how the movie ended. As an added information, this movie was actually adapted from a Thai book called “Two Shadows in Korea”. So it explains why the setting is in Korea.

Also on the side, the director of this movie was a director of Shutter! Explains why the scenes were good! The angles the backgrounds were perfect! The scenes really showed you the places in Korea that are frequented by tourists and the places not so frequented by them. Though there maybe some parts of the movie that is not really essential, but it was covered up by the better parts.

I have to say that this movie had one of the best endings ever! Watch it to know why… not giving spoilers on this post! While it’s not really believable to go with a stranger on a trip (didn’t your mom tell you not to talk to strangers), but I kind of like how they ended it. It was truly unexpected but perfect. I think there is more drama and a lasting impression when you have these kind of endings.

As for the actors,  I like Thur! kk Actually I think he is a good actor! I’ve seen some of his movies before and he has improved. Though sometimes his facial expression remains the same! kk After I saw this movie, I became a fan of Noona! kk I think she can carry out an expression and her face is very lively.

The story of Hello Stranger was something I have not read or seen before in a Thai rom-com movie, so I think that’s a big reason why I loved it!