So I saw Simon and Martina’s review some Korean snacks and I got curios about a snack called Jolly Pong. So one time I went Korean grocery store shopping, I made sure I bought one.

There are a lot of Korean are a handful of grocery stores in the city I live in because there are a lot of Korean who come here to study. So I had no difficulty looking for the the snack I wanted to buy. But I was shocked when I saw how much it was, it was like the price of 3 big Piatos snacks combined! But nevertheless I bought one. 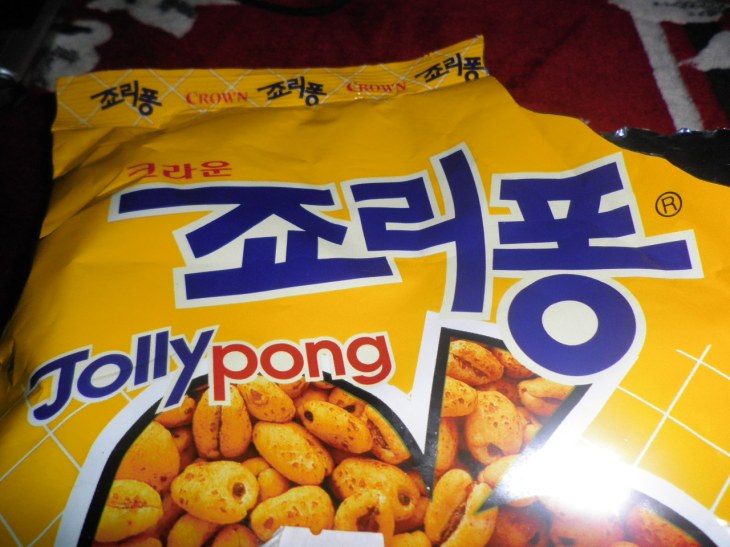 When I opened the package, a small cardboard with a design came with it.  I was with a friend that time and we both were puzzled. We thought it was  like a collectible cardboard cut out that you usually see in those cereal boxes. I tried to read the instructions with my limited korean and found out that’s it’s supposed to be folded to scoop the jolly pang! 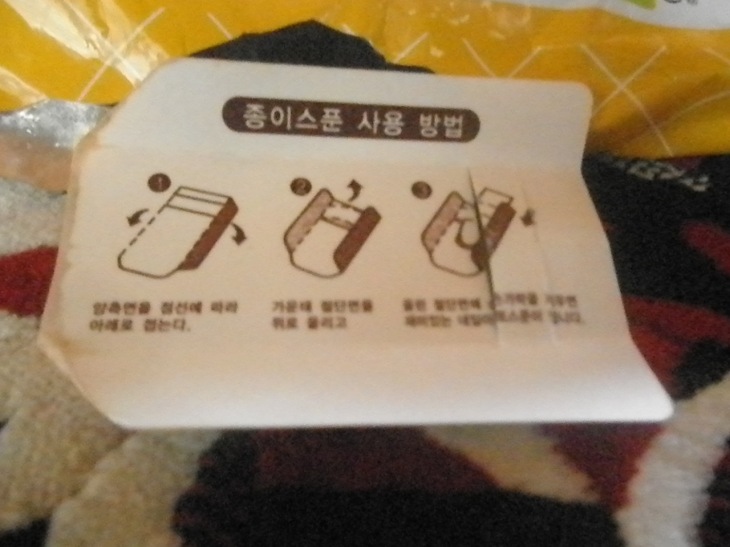 How cool is that.  This is how it looks like.

I just love how ingenious Koreans are when it comes to packaging. You should see their ice cream packages! They always make packages that are beneficial to their customers.

This is how the snack inside the bag looks like: 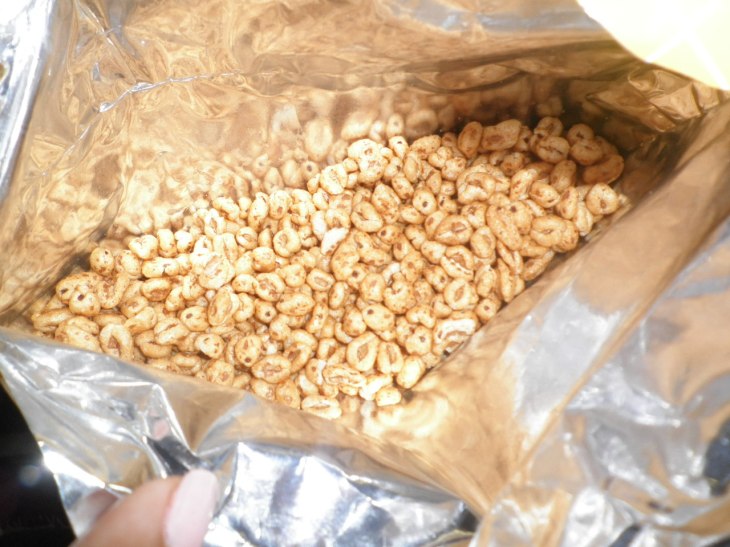 It’s like rice or some wheat popped into something like a pop corn. It’s flavored like a caramel flavored pop corn. When I tasted it, I didn’t really understand the taste and I didn’t know how to describe it. But the more I ate, the more I liked it. And it took me about 2 days to eat it (stopping in between of course) because it was just too many. I couldn’t eat all of it at one sitting because it became too sweet the more I ate. It’s a snack meant to be shared with friends.

I would definitely buy this snack again especially when I have those movie marathons! If you buy it just look for this sign and don’t forget to use the little cardboard box a scoop for your Jolly Pong!

*pictures are mine, take out with proper credits thanks!