Yay! Speed is back!

I don’t really post Japanese songs these days.. but boy am I glad to see a new video from Speed. It’s called Little Dancer リトルダンサー.

I was supposedly going to post a song from Perfume, but I think I have to post this. I am not sure if this is a new single, but the video was just uploaded today. 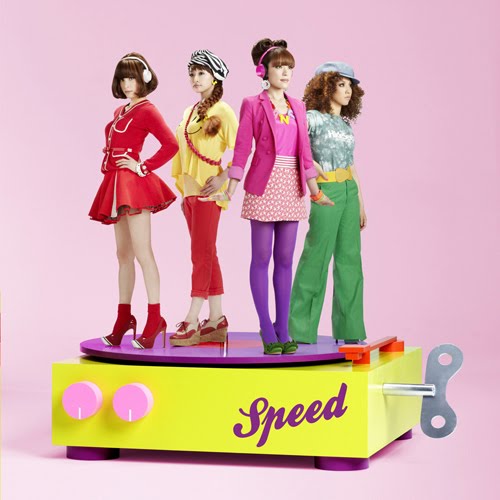 Who is Speed? They are a Jpop dance group who have been in the industry for maybe almost 10 years (or maybe more). I actually didn’t know about them before, I was a Perfume fan. But a friend introduced me to them, and I’ve been listening to their songs ever since — even the old ones.

The Japanese music industries, like Korea also has a lot of girl groups and boy bands. And most often than not, the girls and boys start out really young. And the thing I love about Speed is that they regrouped and they are still able to make their songs popular even after a lot of younger groups are being introduced. That’s what I love about the Japanese industry, because their boy bands and girl groups lasts for a long time — like SMAP or Arashi.

Anyway, I can’t wait for more of their songs. I know someone is gonna be so excited to see this video! kk