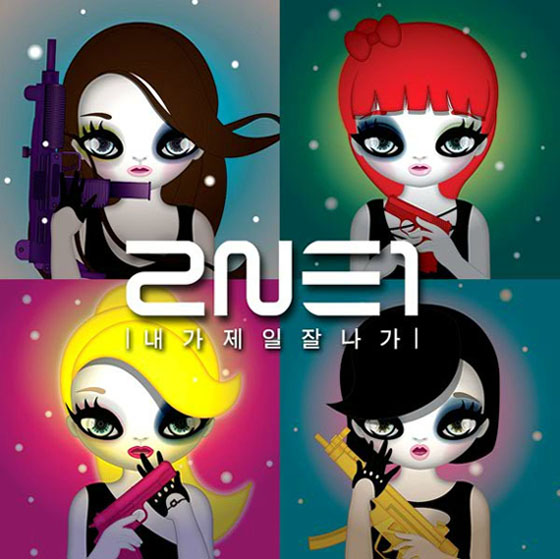 Who doesn’t love this song!!! It debuted 2 weeks ago and since then it’s the song I keep repeating on my playlist! Saying “Naega Jeil Jalnaga” has been like a mantra for me. Keeps me inspired…

But But But, though I think their outfits (well some of them) were brilliant, some were way over the top and a little bit ridiculous. But it’s 2ne1 so they can carry that kind of fashion, but I just wish they would stop making the girls wearing too much of that weird kind of fashion. Loved the song, but the video, well I didn’t really like it because they are like telling people that it’s ok to break glasses and records just to prove their the best. And there are guns.. my god stop with the guns already. Why do their songs have to have guns..

Their live performance is a tamer version of the video and it’s worth watching.

Hope they can have other concepts besides guns next time