For the first time in a long time! Now we see girls who are not dancing while singing songs. Instead we see them bringing guitars and playing them! 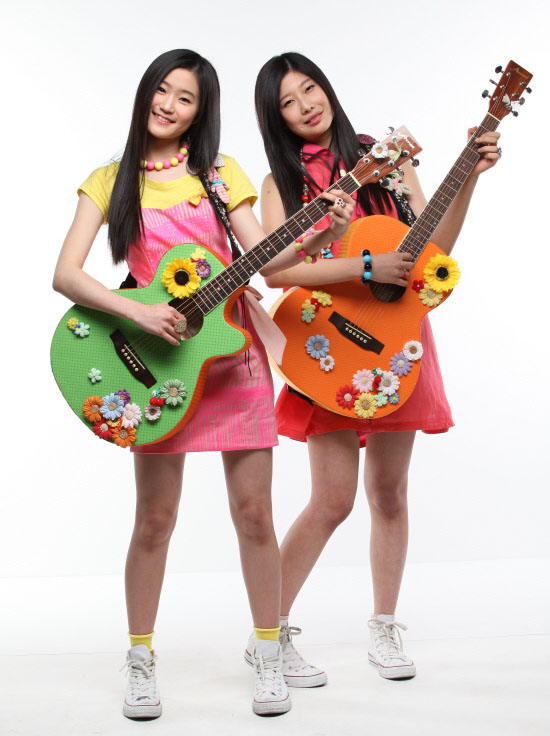 It’s a new duo and they call themselves Spinel and this is their debut track Chu Chu.

Can you believe these two girls are just middle school students?! OMG! Amazing! They do sound really good. I first saw them perform on one of the music programs and they sound really nice. Their song sounds really bubbly and its good to know that Korean music is branching out to the acoustic genre. I hope there would be more of this kind of sound and more of the girl’s music. They’re starting a trend!

Will be watching out for them!

And I want one of those guitars! kk mine doesn’t look like that! kk