This has got to be one of the best Running Man episodes that I’ve seen!!! 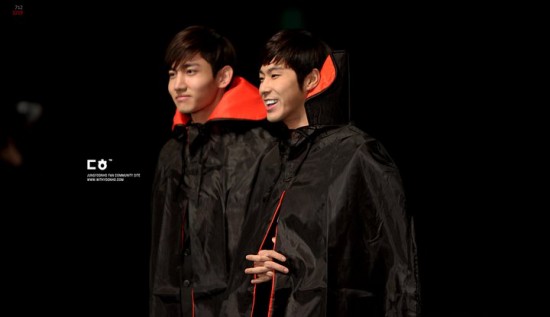 It’s the episode where DBSK Uknow and Max makes their appearance on Running Man!

I say this is one of the best because I like that all the regulars on Running Man were made to search for their guest. Honestly I’ve been a bit bored already with the show because I feel like it’s the same format over and over again. But the first game for this episode is worth it!

And I bet all Cassies are were so hyped when they saw this episode. For a long time they have been absent from variety shows and I think its nice that they made a come back!

Now if I can only find the subs to the Strong Heart episode where I could see these two!!! If you know where…. please let me know!!! 🙂