Going back in time for a Kpop song. And if you are a Super Junior fan, I bet you’ve seen them sing this song. That is actually how I got to know this song.

It’s from a group called 5tion (pronounced Oh-tion) and it’s More Than Words (not to be confused with the song sung by Extreme).

They were a popular boy group way back 2001 when long haired guys and baggy jeans were the trend. They had a few songs, but I think this was the most famous among them, famous that some idol groups has rendered their own version in different programs.  And one of those group is Super Junior, particulary Leeteuk, Sungmin and Donghae.. Check out this video …

I like the beat of the song, truly a song the early 2000s. It sounds like a song the boybands from the 90s would sing. And because I love the songs of the 90s, I had a natural reaction to the song~~ I liked it!

If you want the lyrics of the song, click on these links…

And if you’re curious what happened to the group, they have disbanded in 2006/2007. But just last year, 3 of the members got back together, still using the name 5tion. They came back as ballad singers, minus the rap. They still sound good though. Hope they make it big again!

Earlier today I watched Green Hornet on IMAX!!! And I have to say this is really Jay Chou‘s movie!!! 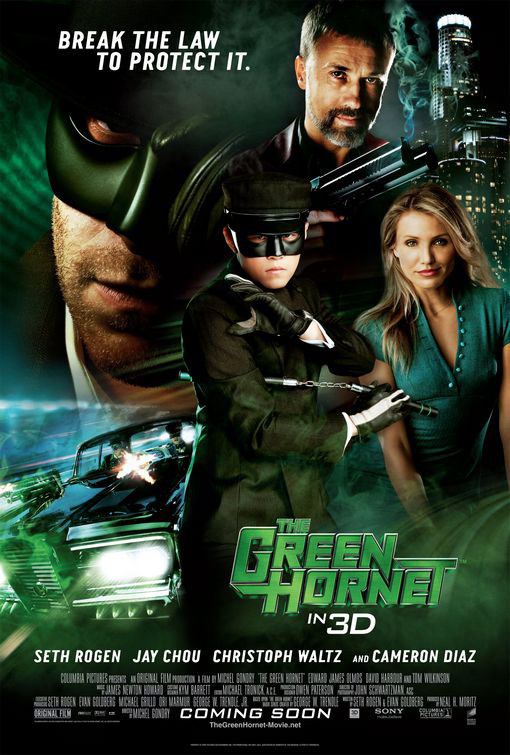 I’m a big fan of the TV series. I used to watch it when I was in elementary school. Our classes were in the afternoon, and on Wednesdays, it would be shown on TV. However, the film adaptation isn’t the same as the one i saw on TV. The Green Hornet didn’t do any butt kicking (pardon the word), instead it was all Kato who was doing it. But I think it’s a good thing that happened, for this is Jay Chou’s big break in HOLLYWOOD!!! And this movie screamed Kato all throughout!!! Go Kato!!!

Jay Chou is not new to movies, in fact he acted and even directed movies like Secret. This is probably my favorite Jay Chou movie! Oh and this is the one he directed. And mind you, this is his other job.. the other being a singer song-writer. He composes and writes most of the songs in his albums! This is guy is a genius!!!

Not long ago, I posted a video of his song Dao Xiang (Fragrance of Rice). That remains to be my favorite Jay Chou song. But today, I had to look for one that sounds pretty good, and one you could appreciate even without understanding it. And I decided on Back to the Past.

This is a bit of an old song, and as you see on the video, Jay looks a bit different from the way he looks now. But remember, this song was released in 2002 — so of course he looks different! This song was composed by himself, though the words was done by someone else. It’s a nice song… and it reminds me of the taiwanese songs from 5 years ago.. most of it sounds like this. Don’t get me wrong, I first fell in love with Mandarin songs before I did Kpop and Jpop.

I think Jay looks better now, compared to before. He was skinny. But at that time skinny guys and long haired guys were the trend. The actress in the video looks familiar.. just couldn’t place her.. if you knew then leave a comment to enlighten me ^_^

Hope we can see more of him on the Hollywood scene!

Hi everyone! I appreciate your visiting my blog.. however i have a request.. please write you comments in English :D this is so i can understand it and all the other people visiting the blog can understand! If you're comments are not in English then I will not be approving them :D Gomawooyo! Arigatou! Thanks!
Follow Pinay Unnies on WordPress.com

What date is it today?

Who visited this site???